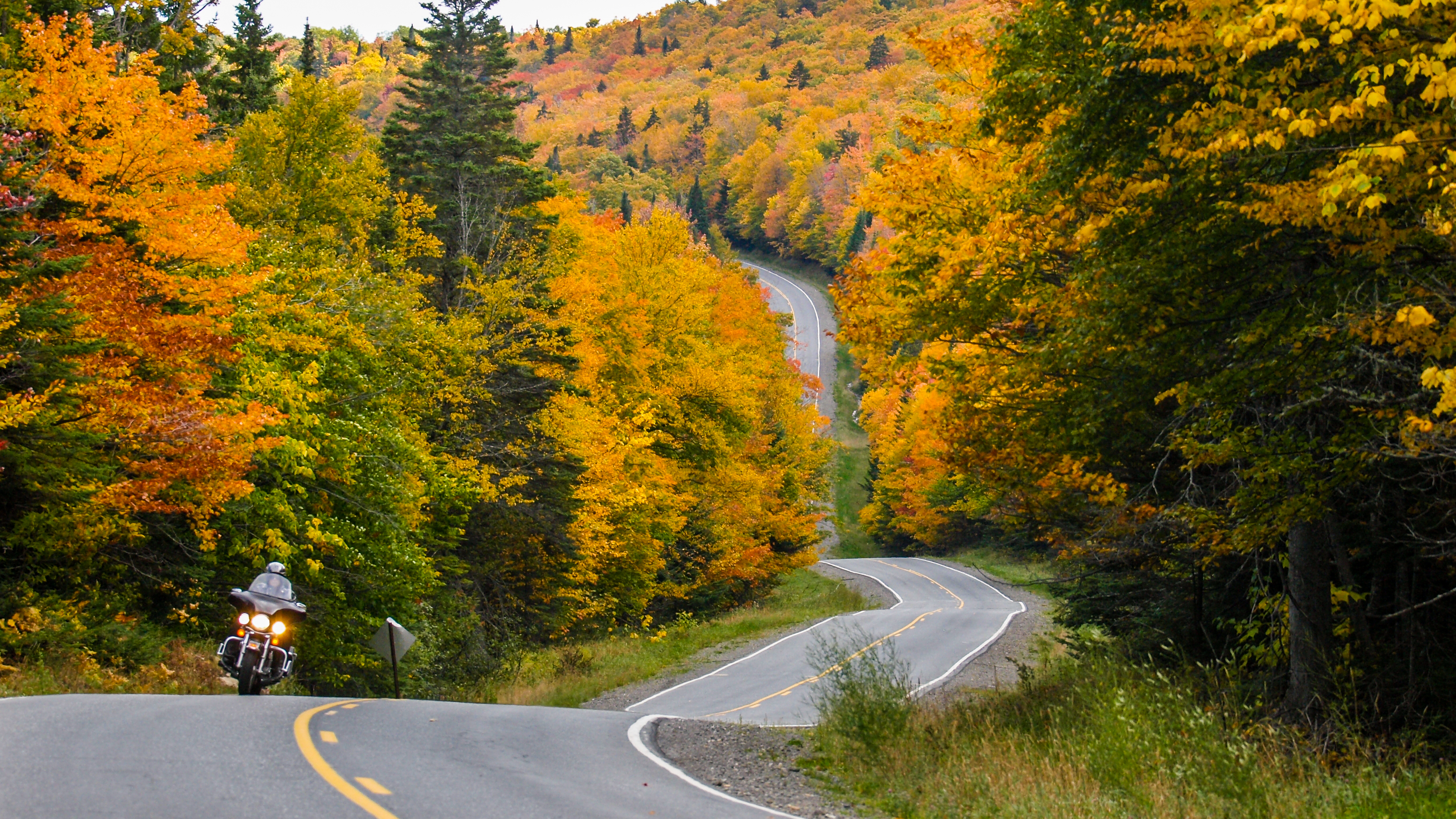 Riding the roads of Aroostook County is an experience unlike many others. Motorcyclists are treated to some wonderful views, tasty stops along the way and maybe best of all, a sense you own the road, with few other vehicles to compete for space on the highway.

The folks who know best are Aroostook County locals, who take to their bikes on the weekend or after work to enjoy the region.

Mike Eisensmith of Fort Fairfield has been riding for more than 40 years. In the summer, he often rides his BMW 1200 GT to work in Caribou, but it is after work and on the weekends when his motorcycle becomes more recreation than transportation.

“All of Route 11 is great but some of the nicest sections are through Portage up to Soldier Pond and into Fort Kent,” he said.

Eisensmith said he will often make a five-hour swing from Presque Isle to both sides of the St. John Valley, with a stop in the middle at the Lakeview Restaurant in St. Agatha.

“I also like the ride on Route 1 just south of Houlton, heading down past East Grand Lake and into Danforth and Washington County,” said Eisensmith. “The best thing about the roads here is that it is extremely rare you are going to hit a lot of traffic. I have a friend who comes to Aroostook County to ride every year and he said one Sunday morning before heading out on his motorcycle how much he like riding here, because he didn’t have to have his head on a swivel because of an excess of traffic. The experience here is unique.”

Eisensmith also recommends getting off the major routes and trying some of the back roads in the region, which are, for the most part, in good shape.

Riding is a big part of Nancy Kinney’s life. The Presque Isle resident likes to take out her Harley Davidson Sportster 883 out for shorter rides every night she is able, but it is on Sundays when she gets together with a group, of about eight or so, and really explores the area.

“We often will get together and travel to Linneus to get a something to eat at Grammies Restaurant,” she said. “When it isn’t a trip to a restaurant, we just like to find the most scenic ride we can.”

Like Eisensmith, Kinney recommends the ride up Route 11. She said the views at Eagle Lake are outstanding.

Also unique to Aroostook County is the Four Corners Park in Madawaska. Located prominently on a hillside terrace overlooking the main thoroughfare in the downtown region, the park was created to honor those who saddle their motorcycles for a cross-country trek to the outermost reaches of the continental United States.

Madawaska's Music in the Park

NorState presents Music in the Park! Every Thursday 6-8:00 PM in beautiful Madawaska!

Take a guided tour through this beautiful garden cemetery with Victorian influences established in...

The County's most fun street fair! Every other Thursday in downtown Caribou, Maine!

You and the whole family are invited to exscape and relax in Maine's Aroostook County. Weston, Maine is set in the middle of the East Grand Lake Region and water activities abound along with great hikes, fishing, hunting, and festivals - you'll only be...

This turn key 7-day trip starts at the south end of Eagle Lake ending at Michaud Farms or Allagash Village 7 days later. With its headwater lakes, easy flowing river sections and its moderate whitewater on Chase Stream Rapids, This 7 day trip is well...