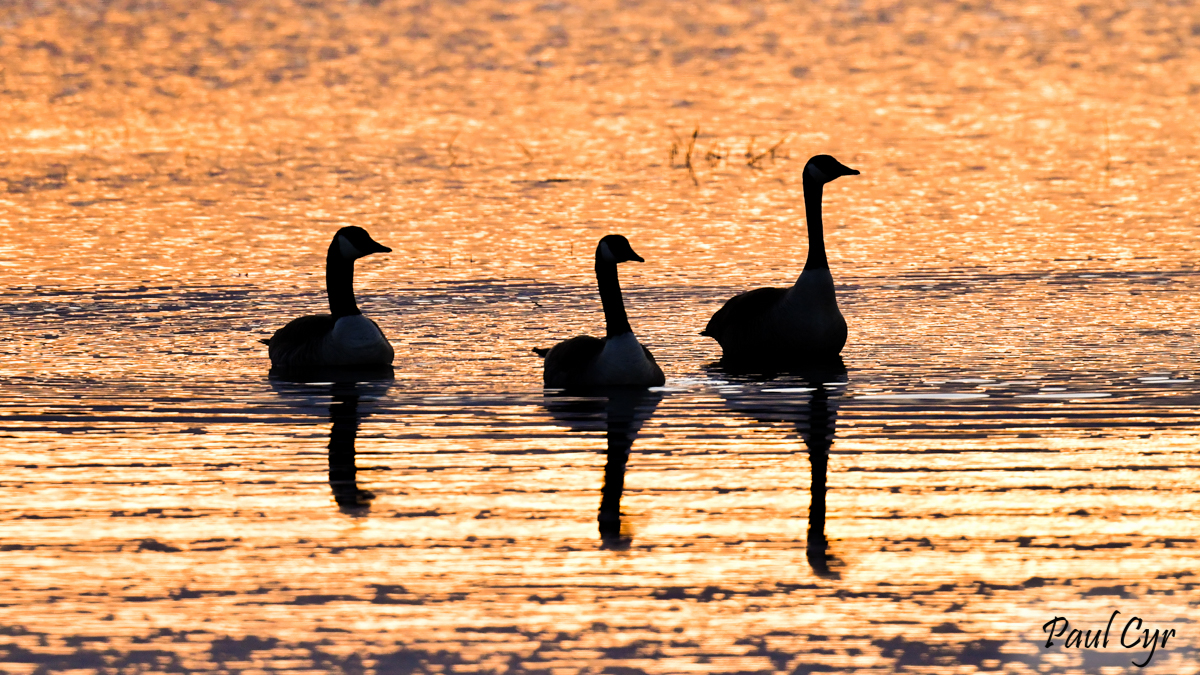 Sights and Sounds of the County: Spotting the Canada Goose

Have you ever been outside and heard the sound of wild geese flying overhead? What a wonderful sound that is!

Their “honking” makes your head snap back immediately as your eyes scan the skies for these beautiful birds. Then we see them, flying in formation like a huge “v,” for victory, in the sky. It’s a beautiful sight and sound! 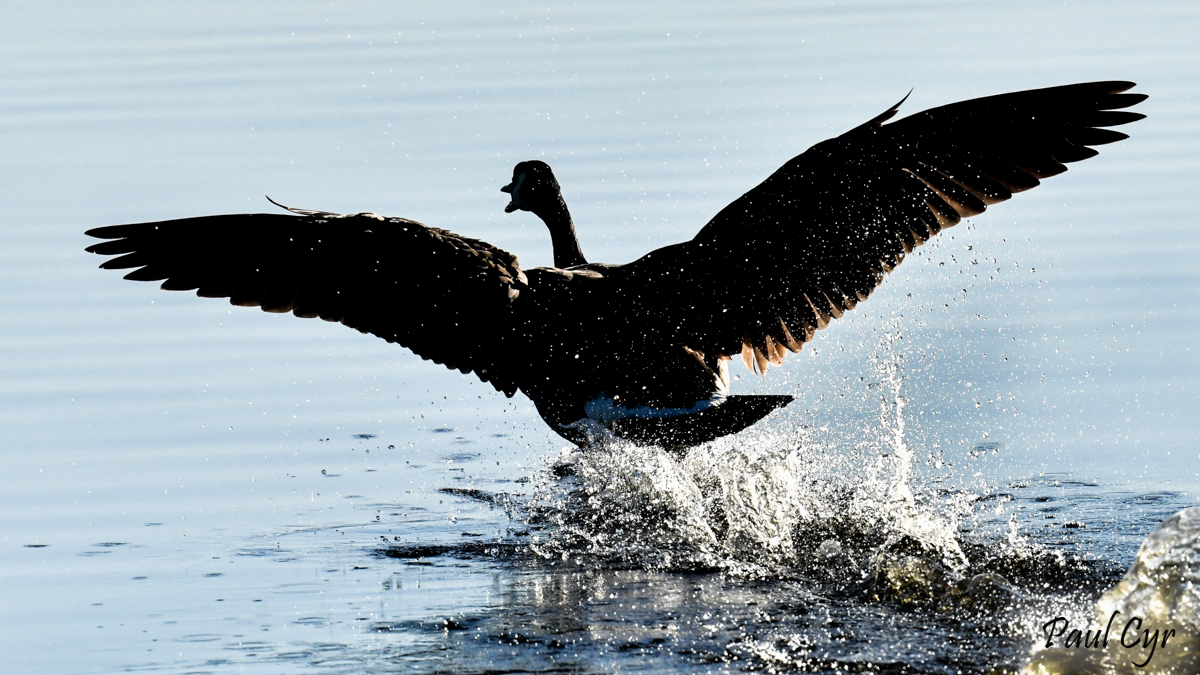 Once threatened with dwindling populations, due to over hunting and the loss of their habitat, the Canada Goose is now one of the most common birds in North America. In the 1950s it was believed that the Giant Canada Goose, a larger subspecies, had become extinct until a small flock was found in 1962, in Minnesota. Now with better game laws and preservation improvements, the numbers are climbing again. With the declining numbers of natural predators and year around food sources in milder climates, some of these naturally migratory birds have decided to take up residence in warmer areas year around. 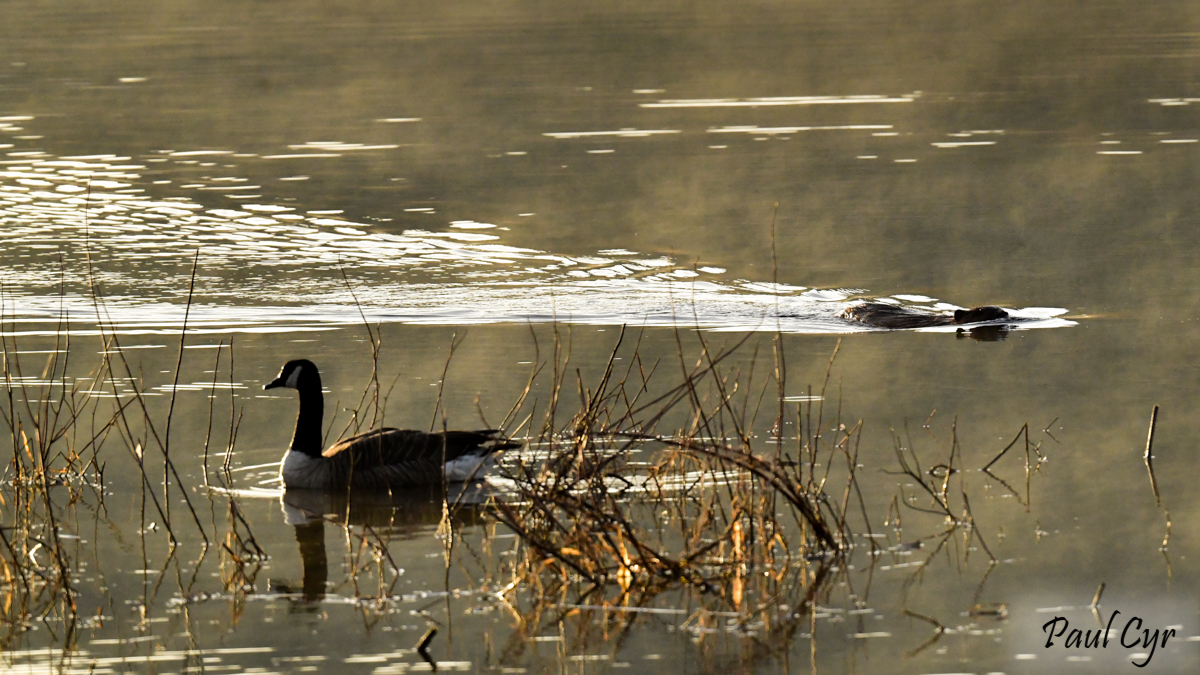 There are at least eleven subspecies of the Canada Goose. They are all distinguished by a black head and neck with white cheeks and chin strap. They have a long black neck, tan breast and brown back. The largest of the Canada geese is the Greater Canada Goose, which is also the most common. The Canada goose can weigh between 7 and 14 pounds with a wingspan of 50 to 71 inches. The male and female look extremely similar and the only way to visually tell them apart is that the female is slightly smaller.

The Canada Goose is native to North America and breeds in Canada and the northern parts of North America, particularly in our region and north of us in nearby New Brunswick and Quebec provinces. They nest in areas near water sources such as lakes, streams, and rivers. They normally elevate their nest in order to keep an eye out for predators. Canada Geese are known for their seasonal migrations.

During their fall migration, which is from September to November, they are returning to warmer climates in the southern areas of the United States such as Florida and Texas. Their spring migration will take them back to the northern areas and into Canada. The Canada Goose is well known for their V-shaped

flying formation. This formation is rotated between certain geese as it takes more energy to be the leader. The others follow in the v-formation, conserving energy. They can fly up to 1,500 miles in one day, but usually, fly at a more leisurely speed. Their “cruising” speed is about 30 to 40 miles an hour, but if in a hurry, they can fly up to 60 miles per hour. The Canada Goose will normally return to where it was born to nest. They often will choose the same nest they left the year before, if available.

The Canada Goose has at least ten distinctive calls, and the female has a lower voice. They also have excellent eyesight and can see 180 degrees both horizontally and vertically, which is very helpful in flight. It has been said that after a late spring snowstorm in an Alaskan breeding ground, once the snow melted away, there were geese found, frozen to death, still sitting on their nests, trying to protect their eggs from the cold. 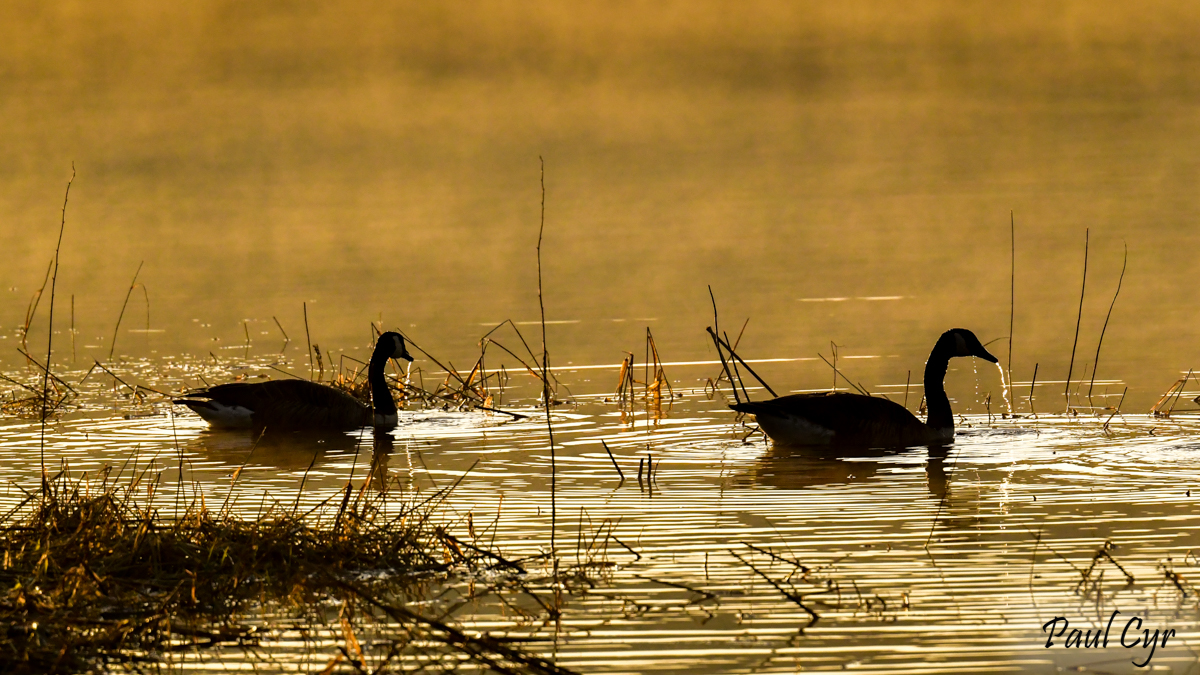 To some, the Autumn departure of our native Geese is a portent of colder, wintry winters, but many know such a sight ushers in Fall and Winter months filled with all sorts of wonderful winter activities.

Come join us when the firewood is stacked long and narrow, the daytime sun is still warm, harvest is coming to its end, and our homes are warm with the smell of wood heat. Welcome to “The County”.