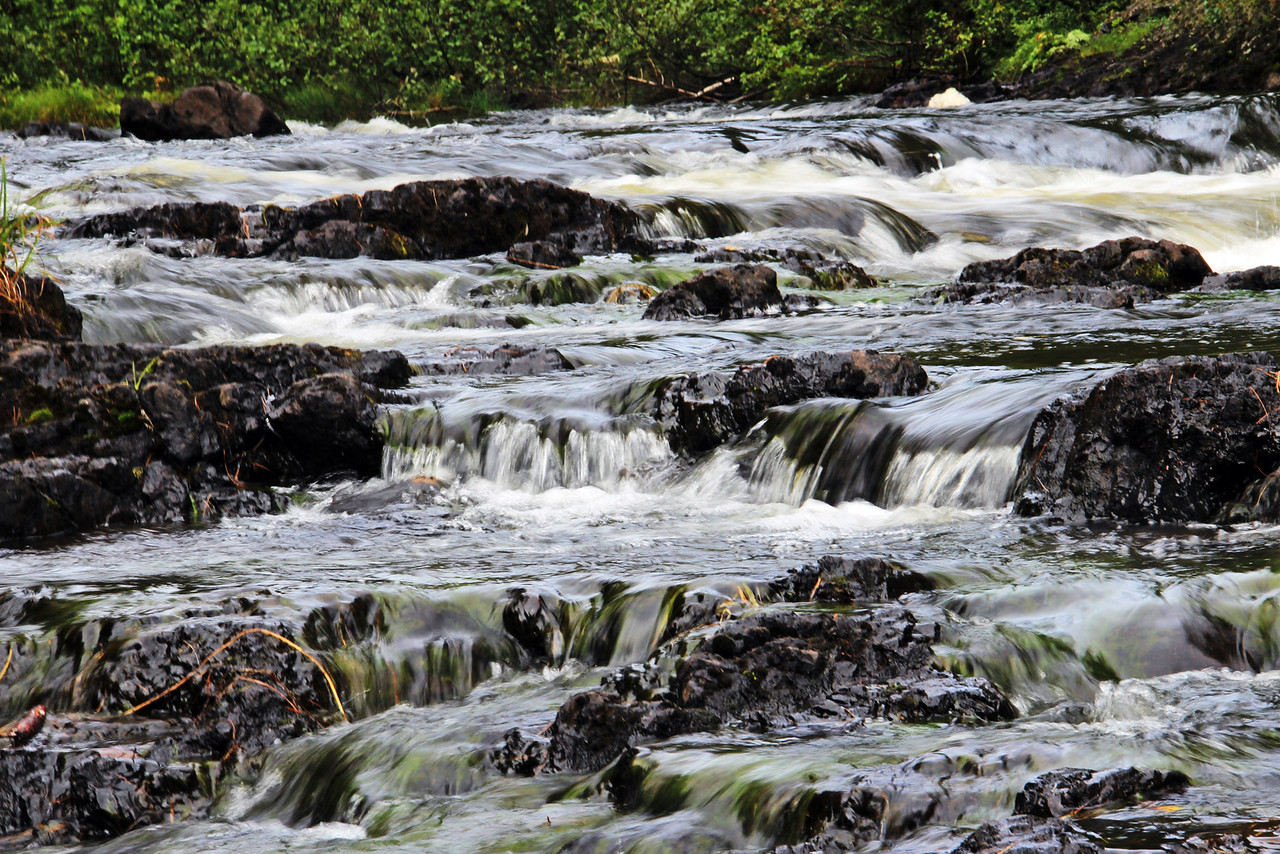 A Culturally Rich Drive Through A Stunning Landscape

This is a place of cultural traditions where it is as common to hear the French language as it is English. Small-town values and helpful, knowledgeable locals leave visitors with a lasting impression and sense of place, which they are eager to recount to their friends and family. The St. John Valley Cultural Byway exhibits a heritage and a way of life as it once was and how it continues to be.

The St. John Valley Cultural and Fish River National Scenic Byway, sometimes known as the Parcours culturel de la Vallee, is rich with Maine's Acadian heritage and culture. The byway travels a total of 129 miles along the northern border of Maine and through the St. John Valley.

Settled by French-Acadians in the 19th century, one of the topmost national scenic byways, traverses the rolling lands between the lakeside town of Portage and Fort Kent which stretches along the historic St. John River.

The landscape provides travelers with unparalleled views of wildflower meadows, Eagle Lake and Maine's highest peak, Mt. Katahdin. Much of the route is forested, and wildlife abounds, including eagles, moose, landlocked salmon, brook trout and beaver. Camping, fishing, hiking, hunting and snowmobiling are popular activities here, with wilderness camps lining the shores of the area's lakes.

Route 11 is a primary north-south transportation corridor connecting Aroostook County, Maine, and New Brunswick, Canada. The byway's northern gateway is at historic Fort Kent, where in 1839, the U.S. constructed a blockhouse to protect its claim on the northern woods. This region retains a strong Acadian influence in its food and cultural traditions. 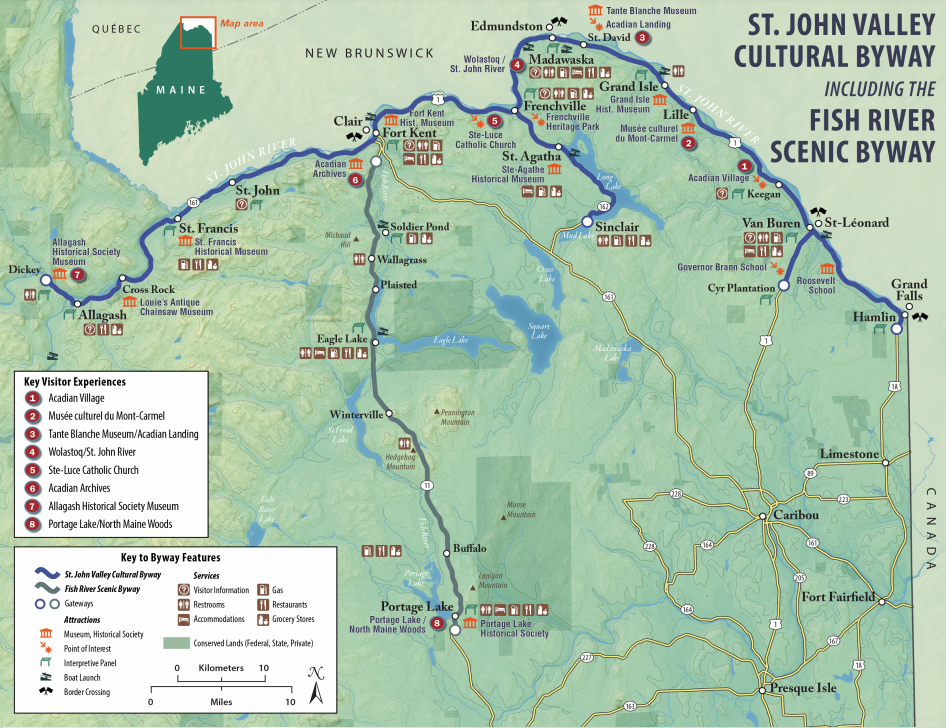 Suggested Moose Drives
Want to see a moose while you're visiting? Try one of these scenic rides. Generally, very early morning or early evening just before dusk...

Drive through the Solar System
The Maine Solar System Model was recently extended from its original southern terminus of Houlton to the newest identified dwarf planet...

Southern Aroostook Tour
After enjoying the views of our state's largest peak, Mt. Katahdin, head up Route 11 to Patten to enjoy the great views of the other side of...

Scenic Drives & Tours
Katahdin Woods and Water National Scenic Byway The Grindstone Scenic Byway is a path to times gone by, when hearty souls ventured into the...

Katahdin Woods and Waters National Scenic Byway
"I shall be telling this with a sigh Somewhere ages and ages hence: Two roads diverged in a wood, and I– I took the one less traveled by,...
7
Loading...
[6 of 7]
Show More ▼
Events

Learn more about the only known lynching in New England with a guided tour aboard Molly the Trolley.

Race down the Aroostook River by kayak or canoe - paddle faster for that finish line!

Celebrate the most iconic food in Maine - the Fiddlehead! Family fun all day long!

Fly Fishing with a Registered Maine Guide With the Umcolcus Deadwater but a step from your cabin door, the fishing and canoeing couldn't be better. Whether you're looking for the thrill of bringing in a brook trout or the serenity of an evening canoe...

The St. Croix flows along the eastern Maine border with New Brunswick Canada offering great wilderness scenery, moderate whitewater, maintained campsites and fishing for small mouth bass. the St. Croix is well suited for families and groups of all ages...